The name in Hebrew can be translated as “contact combat.” Adopted as the official fighting system of the Israeli Defense Forces, Krav Maga has spread around the world as the most effective way for everyday men and women to train.

Our Krav Maga Classes combine the best total-body workouts with real-world self-defense. You’ll push yourself like never before and walk away with an incredible set of skills that could save your life in any situation.

A picture is worth a thousand words, so take a look at this video to see real Krav Maga self-defense in action.

Why is Krav so perfect for women? This article from Vogue says it all!

How krav maga changed me: one woman’s mind-body transformation

Instructor Rita Matty on how she discovered krav maga, as told to Alice Birrell. 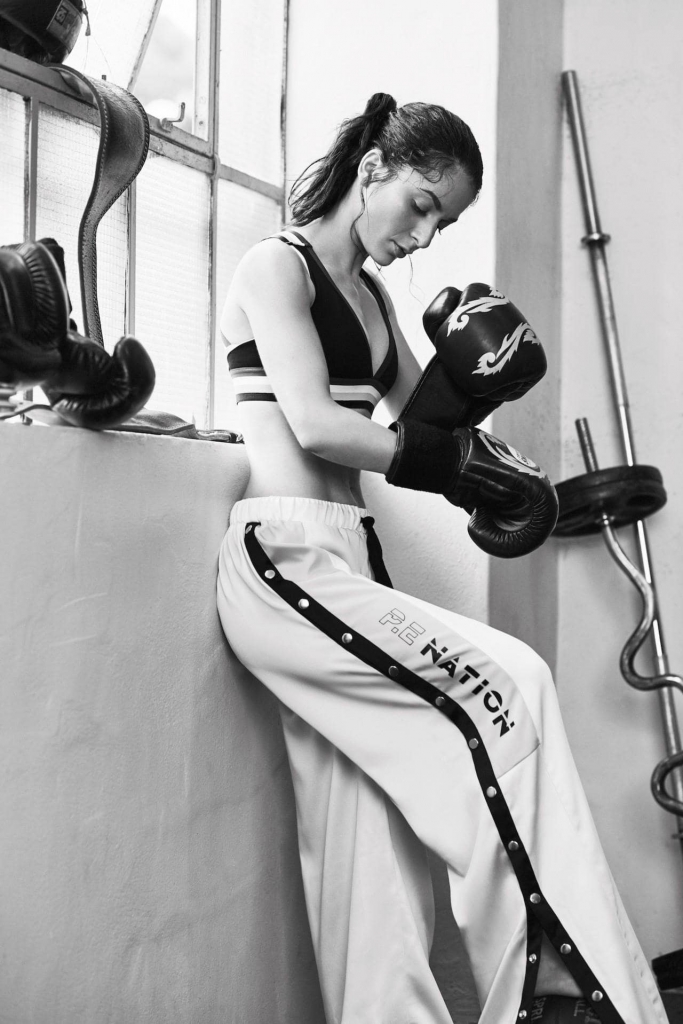 About six years ago a friend of mine was mugged outside our apartment. Somebody suggested self-defence so we decided to go to krav maga together. I went to support her and fell in love with it.

Women come in for different reasons; there are women who have been victims of domestic violence, women who are in lines of work where they don’t feel safe, and some to get fit. Everyone has a different mentality but the end goal is the same: you learn to defend yourself.

It was the first time I had encountered something that wasn’t just fitness. I have been fit for most of my life but attending a class and learning a skill was the best thing to come out of it because it’s a mental and physical challenge. What you learn becomes muscle memory. If you’re under duress or panicking it all comes to you because you do it so often, you repeat it – so you don’t freeze, you react. It teaches you not to falter in that moment.

It’s the philosophy that the Israeli Defense Forces adopted. A lot of women in Israel do krav maga and I like that it’s very inclusive of women. You do a lot of boxing, striking, but ultimately it’s self-defence. It’s not like taking karate where you have a pressure point: it grows and changes as scenarios change.

I was completely uncoordinated when I started, but as I picked up on the little things and movements I became a lot more coordinated, more toned. I felt stronger and fitter and my reaction time increased. It has also had a wider impact on me: I’m a lot calmer now in life when something doesn’t go right. I just take a second to think: ‘Okay, this is what I need to do.’ I have a better understanding of what I’m capable of.

It’s good to be pushing through the physical difficulty of doing something like hitting or striking, or being aggressive, which isn’t a natural thing for a lot of women. Channelling that aggression and using it constructively is important. You don’t go in there with the intent of hurting others. There’s no ego in the gym. There were a lot of men in classes so it was rewarding to be one of the very few females who got to a higher level.

I know I’m small and I’m petite but it never comes down to just size. It’s not just about physicality but de-escalation. [Sydney’s] Krav Maga Defence Institute runs classes called She Fights Back for women only and it teaches skills for the workforce or on the street. It’s having the confidence to tell people that you’re not comfortable and raising your voice so they understand. I like that it’s very inclusive of women. I would say to women, don’t be afraid to do it. It’s not a boy’s club and it’s not about being big and strong. You learn to use what you have.

This article originally appeared in the February 2017 issue of Vogue Australia.

Choose from any of our 3 Krav schools in Northeast Ohio – Hudson, Tallmadge and Aurora. Once registered you can take Krav classes at any location or all of them! There’s more. Included in your registration is access to our Krav Fight classes. Learn to keep your cool if someone throws a punch at you. No experience needed. Great value! Great fitness workouts! Great fun!

Krav Maga is the perfect antidote to Summer boredom! 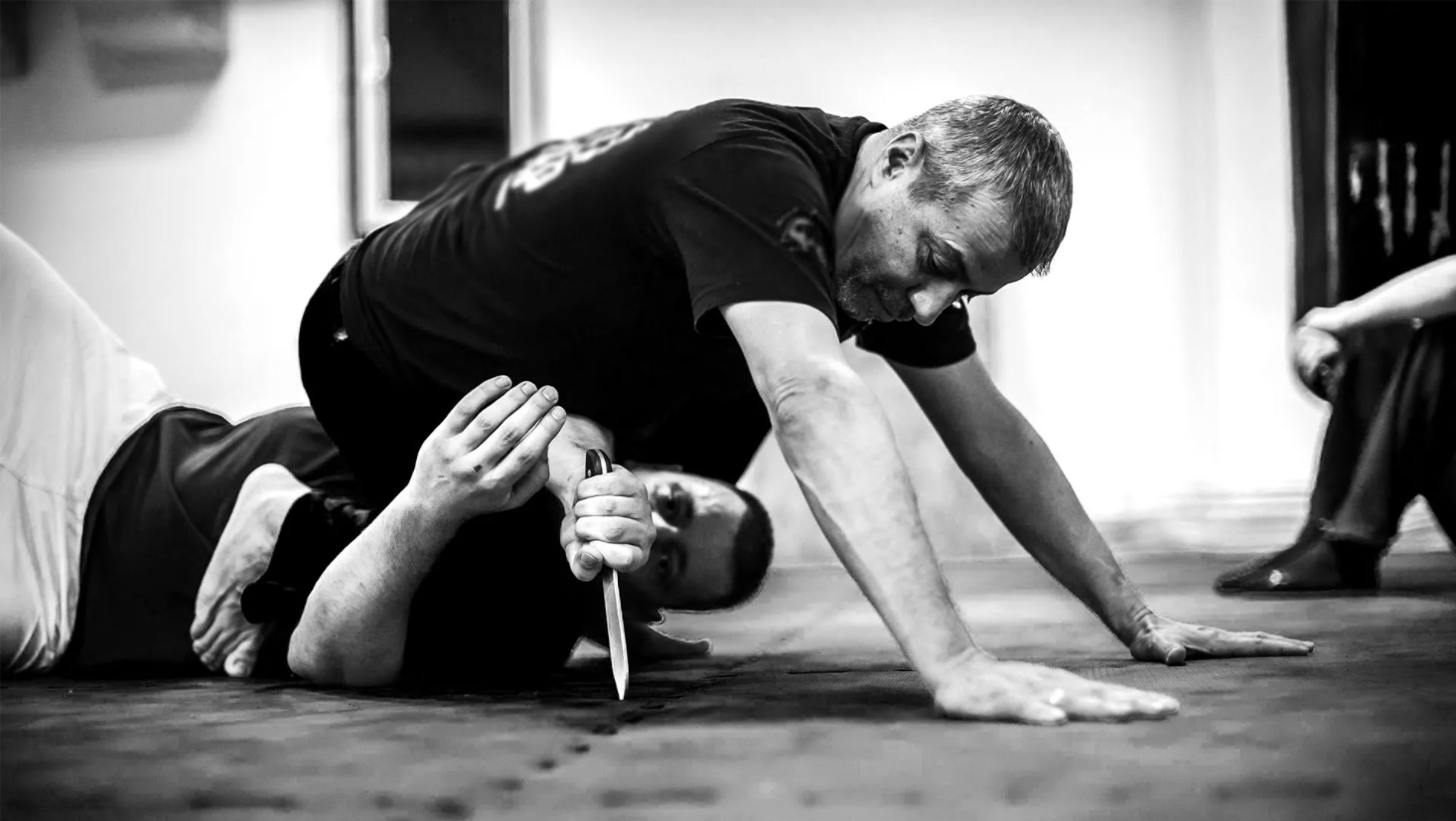 In this GQ Magazine article Alex Holmes explores the art of Krav Maga, and its physical and mental benefits.

ACTUAL CLASS VIDEOS – NOTICE THE SMILES – WORKOUTS SHOULD BE FUN

Tallmadge School is at 137 East Ave. (Across from Dairy Queen).

The instructors at Krav Maga Northeast Ohio are among the finest in the world. All classes are taught by a consistent team of certified Black Belt Instructors, many of whom are Nationally certified by the United States Krav Maga Association (USKMA).

All of our instructors started with us many years ago as beginners. They are highly skilled in self-defense. They lead by example and teach with patience and enthusiasm. They are committed to helping you receive the maximum benefit from your training.

Our Krav students wear belts in class, similar to those in other martial arts. The belt along with its stripes provides you with feedback of your progress and also helps your instructor quickly see what you’re working on.

We also have a standardized uniform that consists of our school’s black Krav T-shirt (that you can get at the front desk), and any kind of pants or shorts as long as they are black.

If you’re new to wearing a martial arts belt, or just need a refresher on how to tie it, check out the following video.